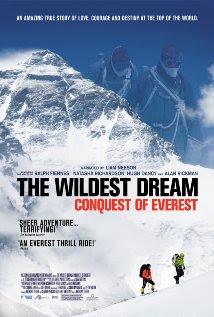 Did Mallory summit Everest first in 1924? That’s the question that this film asks after American alpinist maestro Conrad Anker became rather disturbingly obsessed after finding George Mallory’s frozen corpse in 1999. The answer to the question remains the same as it has always been, no one fucking knows. And I’m of the opinion that, who fucking cares? Ed Viesturs always had the most poignant comment on the issue of Mallory summiting, which was something like, “So what? That’s like swimming to the middle of the ocean.” Adventure is a round-trip. Being the first to do something and then dying in the middle of it, well, it negates whatever accomplishment you thought you’d made. Accolades from accomplishment are the rights of those that exit them on the living side. Dying on the way to or from something means only one thing…you died trying.

Anyways, Conrad, who is beyond dull as a camera presence, attempts the mountain with Leo Houlding, who is far less dull and garners far less camera time. What this movie needed was a whole lot less Conrad Anker and way more Leo Houlding, preferably slot-eyed and speaking his mind freely about the experience of mountain climbing and film making after exhaling a big fat bowl. That alone would’ve made the movie that much less of a bore, which unfortunately, I found it to be. In short, they wore some vintage rags for all of about 2 pitches, freed the 2nd step (in ultra-modern equipment), claimed it was totally feasible for Mallory to have freed it (although from the looks of it, incredibly unlikely), summited, and went down.

This movie reminded me of a notable slide-show event at one of the OR shows several years ago (well, I think it was at OR). Some old alpine guy (Greg Child or Jeff Lowe maybe?) gave some epic slide show with tons of big-mountain pics and the audience fell the fuck asleep while whoever it was yammered on like a robot (“Ummm, this photo is the col on Lhotse, there was a big avalanche here…”). This show was followed by a young Leo Houlding, who had a grand total of something like three slides and kept the audience riveted and in side-splitting laughter for the entire time he had the stage.

So, The Wildest Dream is not the most exciting or inspiring climbing flick I’ve ever seen. Sections of photography were kind of nice, but not even close to the standards of the IMAX Everest flick, and like a said, a little more Leo would’ve gone a long way.

Crawled out of my hole and headed up to hills Sunday evening to meet up with some friends. First off was a quick session at The Brickyard. Picked up a bunch of cigarette butts and fingertape (dickheads). Met up with my friend Kelsey who quickly hiked Yeti and then moved over to work on Smooth Criminal. I had to leave so I don't know if she sent, but I ma

naged a couple decent photos of her o

n the initial moves, which was the only part giving her trouble. It's hard to take a bad picture of Smooth Criminal, such a great line on a great piece of stone. 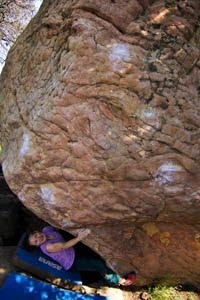 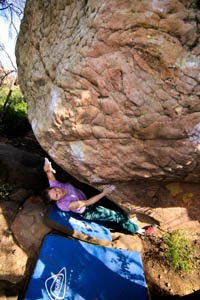 Next, I headed over to The Lizard's Mouth to check out what local strongmen Andy Patterson and Bernd Zeugswetter were up to. When I got there they were up to some shenanigans on the Lord of The Flies boulder, proving that with a little imagination there's always adventure left to be had, even at places like The Mouth. They found an improbable looking nice new line to the left of Lord of the Flies. Both sent it, not sure of a name or a rating, but it's very nice looking, finishing up LOTF at the jug. 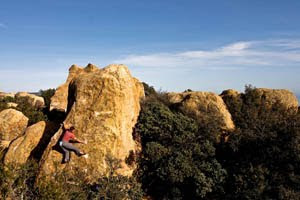 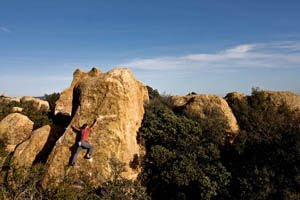 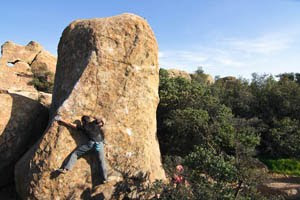 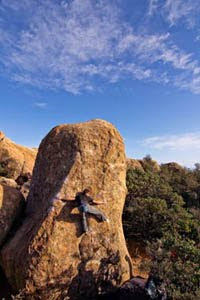 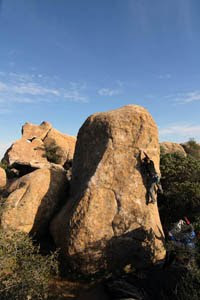