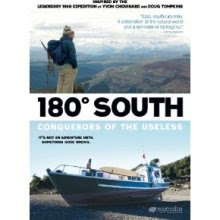 “People suck, and that’s my contention.

I can prove it with scratch paper and a pencil.”

I went up to The Brickyard today for the first time in a long while. I don’t climb much anymore and while there was a time when I was at The Yard sometimes 4 days a week, I’ll bet I've been there less than 10 times in the last 5 years. And I got angry.

I hate to pull the “old guy” routine, but in the mid to late 90s, when I was up there all the time, there was no trash. Because I took it out. And if there was any trash that showed up, it would only be there long enough for me to see it. And I’d pick it up and take it out with me.

It seems that no one else gives a shit anymore, because the place is littered with trash. Let’s go on a tour of the boulders I visited today.

Starting at The Ant Boulder, I found a piece of 1 inch webbing slung around a limb of the downclimb tree. The downclimb tree that a 5 year old could go up and down endlessly. The downclimb tree that I and others have safely descended countless times. To the dumbass that put this here: If you can’t make it down this tree to get off the boulder, just how in the FUCK did you get to the summit? And what the fuck were you doing with a 6 foot piece of webbing at a bouldering area anyway? Ok, I’ll try to understand: You took a bunch of 9 year old Girl Scouts climbing, somehow one of them got to the top of The Ant Boulder and was afraid to get down that nasty old tree. And you got into your trad kit and the light went off, “Tree anchor! It’ll be just like Yosemite!! Whee!!” Take your schwag home with you, asshole.

At the base of the downclimb tree was a pair of socks and a couple cigarette butts. SOCKS. I can picture it now: After sending his latest Ant Boulder Project and anxiously awaiting when he can get online to add the tick to 8a.doosh, dude takes a huge bong hit and with smoke billowing out of his lungs, “Fuck, that was killer!”, puts his shoes on sans socks and stumbles out of the Yard.

Wrapping around The Ant Boulder I came across a bag of dogshit sitting there. That’s right, someone was kind enough to pick up their dog’s excrement, but fucking stupid enough to leave the bag sitting on the ground. So let’s see, you think you did your duty by picking it up and bagging it? What fucking good is a BAG of dogshit on the trail??? I have a dog, two in fact. I was lucky enough that Ratso was one of the more human dogs one would ever meet and he never liked anyone watching when he was dumping, so he’d always go off into the bushes where he couldn’t be seen. Almost never saw him crap, it was terrific. Of course these days, Ratso’s pushing 16 years and he pretty much takes a dump wherever he happens to be at the time, which is usually in the living room. Luckily, converted garages with concrete floors make that not such a big deal. My puppy Nanook, however, doesn’t have quite the smarts that Ratso did and has no problem at all pushing out a heater in front of Jehovah and everyone else. In fact he did it today, right on the trail into The Yard. And you know what I did? I took a fucking stick and flicked each steaming log 20 feet into the thick bushes and chaparral where no man will set foot until this place burns to the ground [again]. No bag necessary to forget, you fucking idiot.

Carrying on past the Yeti Boulder, I came across what……another bag of dogshit sitting next to a tree. I’m shaking my head. This can’t be happening. No one is this fucking lame. But yes. People are this fucking lame. Picked up a couple more cigarette butts.

And then I hit the Soot Patrol Cave, which has always been a popular hangout spot because of the mass of shade it provides. Fingertape. Cigarette butts. A ripped out tag from a Boreal pair of shoes (size 9).

And back at The Dancing Outlaw auditorium. More cigarette butts. More fingertape.

It’s fucking depressing and nothing will ever make me understand it. And it’s one thing for the shitheads who unthinkingly leave their garbage, but it’s yet another thing for the people who go there and ignore that there’s garbage surrounding them. This attitude that sees it yet says, “It’s not mine. I’m not picking it up.” Fuck that attitude, and FUCK YOU if that’s your attitude.

My request to people out there is: CARE

It's not just about The Brickyard. It's about everywhere.

I know that only about 5 people look at this little site that I update about 3 times a year, but if people tell people who tell people who tell people, then just maybe 1 person out of a group of six will watch their buddy throw a cigarette butt on the ground next time and say, "Unless you want a Marlboro catheter bitch, pick that motherfucker up and put it in your pocket."

And to everyone who's trash I picked up today, SUCK A DICK, FUCKTARDS.

If you want your trash back (webbing, socks, ciggy butts, fingertape or dogshit - I've got plenty) get in contact with me here. I'd love to chat with you fucking idiots.