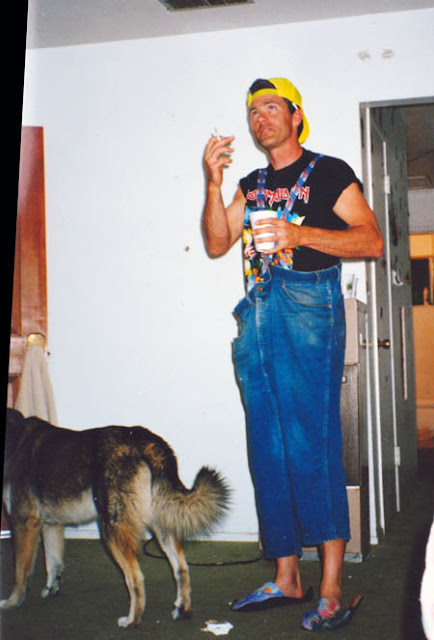 And who wouldn't be inspired to do great things by this man?

There is an old interview of Steve in a climbing video and he was asked about his goals in climbing. His response is one of my favorite Manny-isms, something along the lines of: “I think if you become too goal-oriented then things stop being fun. And if it’s not fun then what’s the point?”

Attempting to complete this challenge was a serious goal and there was a time around mid-September that it definitely stopped being fun. But the point of the whole deal wasn’t to have fun really. It was to do something difficult in Steve’s memory, get back into the kind of shape I hadn’t been in years and provide a little bit of focus and direction. Without question, this challenge provided me all 3 of those items.

I didn’t do everything, not even close, but I never really thought I could anyways. I’ve got a full-time job, an additional part-time job, a girl and a dog, both of whom I do everything that I can to keep happy. But as Hans told me when I showed him the original list, “The list is impossible, therefore it must be attempted.”

When I started this back in June I weighed 160lbs and was in pretty poor shape, likely the worst in years. That said, literally no one on the planet would’ve looked at me and said, “That guy could stand to lose 15-20 pounds”. I didn’t take a ‘before’ photograph of myself because it never occurred to me, but I looked in the mirror one day in November and said, “My god dude, you are 45 fricking years old and you are never going to look like this again.” So I did something I never thought I’d do: at a bodyweight of 142 lbs, I took a shirtless mirror selfie, just like Manny’s Beachbody minions used to do (that I relentlessly made fun of).


So here it is, my Beachbody Bro Shot, laugh away Manny. 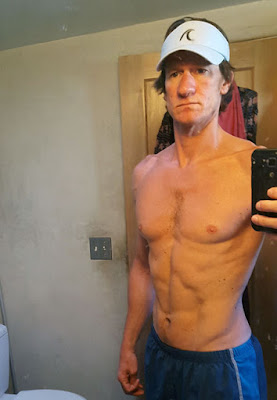 Since I don't expect anyone to read this whole thing through, I'd like to get get my acknowledgements out of the way right off the bat. A lot of people were instrumental in helping me get things done, so thanks to all my friends, you know who you are. If I may be allowed to quote my own words, "Everyone has friends, mine are better." That rang true when I wrote the words 15 years ago and hasn't changed since. For the Challenge, I didn't have a problem staying motivated, I'm pretty good at self-motivation, but certain things required the help of others to get through and I'd like to single out a special thanks to Micah Elconin who was always available when I needed assistance and did his own version of the 5.6 months which he will hopefully write about. Thanks Micah!

I'd also like to thank Manny for dying on me and thereby tumbling me into my worst fitness level of the last decade and then subsequently motivating me to get into the highest fitness level I've been in for the last decade, all within a few short months. Ok, so now that the obvious crass joke out of the way: I obviously spent a great deal of time thinking about him, cursing him and talking to him in my head throughout the last 5.6 months. There is no way I could possibly recount the number of times that I wanted to call him up and tell him about whatever it was I was doing and how much it sucked, how much it hurt or how much goddamn fun it was. But if there's one thing I've learned through this experience this year it's that life isn't fair and shit doesn't always end up the way you think it will. I always thought we'd be old men together...I was wrong. The fact remains though, that up until I take my own dirt nap, he will always be in my head, "C'mon!!!"